I met Greg Kwiatek in 1997 at The Metropolitan Museum of Art in New York City where we were charged with guarding the treasures overnight. Kwiatek spent his days painting while I was matriculating toward

a graduate degree at the Columbia University School of Journalism.

Though I was only beginning to become familiar with Kwiatek's work at the time, his ability to speak in layman's terms about the history and methodical processes behind the making of the paintings hanging in the Met's galleries was remarkable, informative and, not the least significant during many of those long evenings, entertaining.

For instance, he described Willem de Kooning's Easter Monday as a physical painting - ripped apart and pieced back together - a high-powered gamble with the alchemical process, creating vast scales of color and light.

It's not surprising Kwiatek was chosen to appear and speak in documentary filmmaker Alexandra M. Isles's fine 2010 production featuring a dozen

of the Met's employees entitled Hidden Treasures: Stories from a Great Museum. Here he eloquently explains the illusory quality of El Greco's View of Toledo - seemingly a landscape painting but upon closer consideration one that could easily be viewed as abstract.

But the grist of Kwiatek's talents is found in his paintings, drawings

and watercolors. His body of work comprising four decades is evidence that he's constructed an intimate relationship and deep understanding

of a staggering range of artists, paintings, styles and techniques during

My collection of his works, while modest at 15 pieces, including oils on canvas and linen, along with watercolors and pen and inks on paper, reveal Kwiatek's imposing grasp of art history, his degree of comprehension and insight of complicated systems of painting and his mastery of transforming that knowledge into a unique approach with each new work.

The bulk of my acquisitions are paintings from a series of nocturnal works featuring the moon, which Kwiatek composed while on Loud's Island in the U.S. state of Maine.

An example from that cycle seen in this exhibition is Moon a􀀃er Bassano -inspired by Jacopo Bassano's The Baptism of Christ. Both paintings are expressionistic, otherworldly and strewn with ambiguities, enveloping their creation in a mystery. Each gives us enough to consider after every viewing so it appears different the next time we see it.

Still, in the midst of composing the moon paintings during the past eight years, Kwiatek has frequently diverged from these atmospheric works

to create innovative pieces that demonstrate his resourcefulness and agility as an artist, a thinker and commentator -on current social issues.

One prominent example of this adroitness is an ambitious triptych entitled The Red Zone, a nightmarish portrayal of the horrors of violence documented in Iraq in the years leading up to its completion in 2007.

However, Kwiatek's versatility has worked against him commercially as gallery owners have found it difficult to introduce his work to a wider audience expecting to identify an individual artist with a singular trademark characteristic. But Kwiatek has refused to ignore his-instincts and visions. In today's lexicon, he has neglected to properly brand his art. As a result, the casual observer walking through the room reserved for his paintings in this exhibition at the Leopold-Roesch-Museum can be forgiven if they mistakenly surmise they are viewing more than one gifted artist.

James Palmer is an independent journalist who has reported and photographed civil and regional conflicts in the Middle East, South Asia and East Africa, including Iraq, Syria, Afghanistan, Pakistan, Democratic Republic of Congo and Sudan. He was awarded the Nicholas Blake Grant for international freelance reporting in 2007 and was twice nominated for a Pulitzer Prize in foreign reporting. He currently resides with his wife and three children in New York City where he is writing a screenplay. 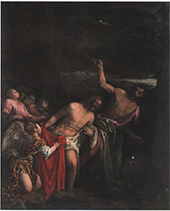